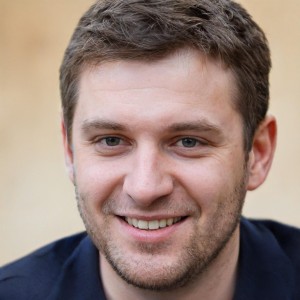 Scottish whiskies are made in different regions, each giving the end result its own characteristic brand.

A law, the Wash Act of 1784, defined the establishment of an imaginary line between Dundee and Greenock, the “Highland Line” separating the plains of the highlands from the Lowlands. To encourage legal distillation in the HIghlands and to compensate for the ravages of scarcity, this law introduced differentiated levels of taxes favouring the Highlands. This provoked the ire of lowland whisky producers. In response to this protest, the authorities banned the export of less taxed Highland whisky.

Because the stills used in the Highlands region are rather small, they allow heavy products, such as oils, to pass through the final distillate. This gives these whiskies a very wide aromatic palette.

In the Highlands, Scotland’s largest region, it is customary to classify distilleries by referring to the nearest river (Spey, Bogie, Deveron, Findhorn, etc.).

The whiskies of the central Highlands have a milder and less peaty taste than those of the north. They are distilled in establishments such as Dalwhinnie, in the village of the same name. It draws its water from local sources in an area where peatlands are very numerous (malt used in blended Black and White). There is also Edradour, Scotland’s smallest distillery, and Deanston, which uses undipated malts, located on the River Teith.

In the west, Oban produces a whisky with an intermediate taste between the smoked whisky of the islands and the sweeter whisky inland, With Ben Nevis drawing water from the Allt a’Mhuilinn at the foot of the mountains (malt used in the blend of Long John) and Talisker located on the Isle of Skye, whose malt is used in the blends of Johnnie Walker and White Horse.

The Speyside area (named after the Spey River) is bounded by the Findhorn Rivers to the west and Deveron rivers to the east. Most distilleries in the region draw their water from the tributaries of the Spey: Fiddich, Livet or Avon. This region, which is geographically part of the Highlands, is the main centre of Scotch whisky production. More than 40 single malts are produced, including those from Glenlivet, Glenfiddich, Aberlour, Balvenie, Cardhu, Glenfarcas. These are usually sweet and fruity whiskies.

The Wash Act of 1784 was amended in 1786 and imposed a tax system on Lowland distilleries proportional to the annual still production capacity. This prompted them to maximize production capacity by designing stills for quick emptying.

As the Glasgow area also benefited from very favourable conditions for barley cultivation, the Lowlands whisky industry developed high-capacity stills that were characterized by a light, floral distillate thanks to prolonged contact with stills’ copper. This character has also been reinforced by the practice of triple distillation.

Lowland whiskies are typically represented by Littlemill, Bladnoch, Auchentoshan or Glenkinchie. The dominant aromas of these whiskies are grass and malt.

The eight distilleries of the Islay Islands, produce iodized and generally very peaty whiskies such as Laphroaig and Lagavulin. Some distilleries, such as Bunnahabain, however, produce whiskies less marked by peat.

Only two distilleries remain in this small specific area of the South Highland Coast, Springbank and Glen Scotia. These are intermediate iodized whiskies between those of the Highlands and Islay.

PrevPreviousWhat’s the difference between Whisky and Bourbon?